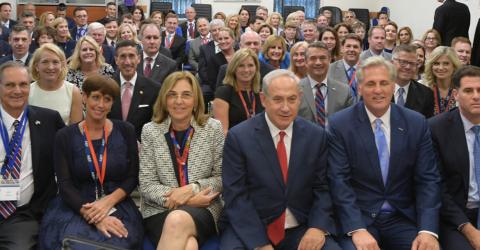 Prime Minister Benjamin Netanyahu told a delegation of 33 Republican congressmen last week that he is in favor of an independent Kurdish state in parts of Iraq, The Jerusalem Post has learned.

According to a source who took part in the discussion on Thursday, Netanyahu expressed his “positive attitude” toward a Kurdish state in the Kurdish areas of Iraq, saying the Kurds are a “brave, pro-Western people who share our values.”