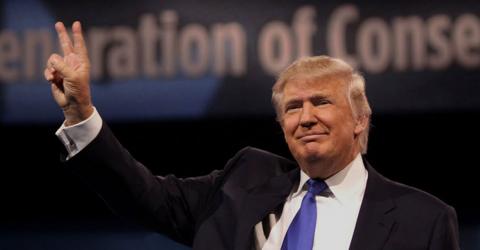 The result of this year’s presidential election in the United States stunned many in and outside the country. Donald Trump – a populist enigma with no political experience – will soon lead the most powerful state in the world. Now the world holds its breath as they wait to see what President Trump will do at home and abroad.

The Democrats could have probably won this election with any candidate other than Hillary Clinton. Yet their party establishment stubbornly refused to understand middle America’s mood and sentiment towards the Clintons. That mood is not primarily xenophobic, racist or misogynist, as many of Mr. Trump’s critics believe, although it worryingly appears willing to accept such discourse in its chosen leader.

Trump’s victory mostly comes from animus towards Hillary Clinton and the establishment she represents. Your humble columnist’s home state of Missouri, for example, is deeply Christian, conservative and white, and came out in favor of Trump by twenty points – yet also simultaneously elected the state’s first Jewish governor. The voters’ anger seems directed at the establishment, and an economy and world that have left them feeling increasingly insecure.

In the Middle East, many are nonetheless right to worry. Trump is probably the most anti-environment and pro-fossil fuels elected leader in the Western world. As such, he will promote more coal, oil and gas development in the United States – which will likely increase supplies of fossil fuels and further depress international prices that many a Middle Eastern state relies upon for revenue. Efforts to combat the threat of climate change will thus also suffer under a Trump presidency.

Political leaders in Ankara, Baghdad, Cairo and elsewhere who are in the habit of insulting Americans – mainly because this pleases their supporters – may likewise find reason to worry. Trump seems to personify the macho Middle Eastern or Latin American leader. His temperament might be compared to Turkish President Erdogan. If so, America’s relationship with many a state in the region could quickly go into free fall following some ill-chosen words or actions. The days of Middle Eastern leaders blithely patronizing or insulting President Obama, who always kept a cool demeanor and ignored such slights, may be over.

This, combined with Mr. Trump’s signature anti-establishment and unpredictable style of politics, could all prove very beneficial to the Kurds. Unlike most of their Arab, Turkish and Persian neighbors, most Kurdish leaders never appear to be in the habit of insulting or vilifying America. On the contrary – they have proven themselves America’s most reliable partners in the region. According to all the people close to Mr. Trump, he values loyalty more than any other quality. If all of this translates into foreign policy, the Kurds stand to benefit considerably.

American presidents enjoy the most latitude in determining their country’s foreign policy, and a president unafraid to break taboos could well throw America’s “one Iraq” or “one Syria” policy out the window. It would not appear too hard to argue how such a policy could further Trump’s interpretation of America’s interests, especially if relations with existing states in the region sour further.

A number of Mr. Trump’s foreign policy advisors, or people close to them, already seem favorable to Kurdish statehood under the right conditions. Your humble columnist has corresponded with some of them to hear their views on the issue, although it would be impolite to name names at this time.

In the end, however, all of this amounts to little more than speculation. The President-elect has no foreign policy experience or track record. Combined with a reputation for precociousness and impulsiveness, the new administration that takes control of the United States on January 20th remains a mystery to all of us. While still-solid institutions and laws within the United States limit how much a president can change domestically in one term, the same rule does not apply so well to foreign policy.

The next four years may thus prove very interesting.

David Romano has been a Rudaw columnist since 2010. He holds the Thomas G. Strong Professor of Middle East Politics at Missouri State University and is the author of numerous publications on the Kurds and the Middle East.

The views expressed in this article are those of the author and do not necessarily reflect the position of Rudaw.