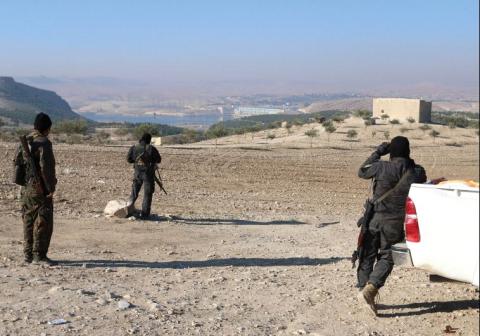 Turkey’s incursion into Northern Syria in late August has led to clashes between the Turkish armed forces and the pro-Kurdish People’s Protection Units (YPG).

Turkish fighter jets have killed more than 50 civilians already. In the wake of the failed Turkish military coup on July 15 and the rapid advances of Kurdish forces in Northern Syria, Ankara embarked on a new mission to normalize ties with Russia and Iran. Ankara’s surprising move alarmed Washington.

US Vice President Joe Biden rushed to Ankara on August 24 to pull America’s decades-old ally back into its sphere. To appease the Turks, Biden warned the YPG fighters to leave Manbij, a city that they had liberated from Islamic State (ISIS).

The rapid shifts in alliances are also worrisome to Kurds, as we were betrayed by the West repeatedly in the past when the neighboring powers objected.

The current situation reminds us Kurds of the 1975 US betrayal. The CIA first supplied weapons to Kurds to fight Saddam Hussein’s Iraq. But secretary of state Henry Kissinger subsequently brokered a deal between Tehran and Baghdad, abandoning the Kurds. The outcome was tragic.

Nonetheless, years later, and out of unfortunate circumstances and after numerous mistakes, we established an autonomous government following the 1991 Gulf War. Twenty-five years after that, although not perfect it represents not only the longest period of Kurdish self-rule in modern history, but it is also one of the most stable and democratic regions in the Middle East.

The achievement in Iraqi Kurdistan was not possible without Kurdish unity and collaboration.

However, there are also significant differences between Iraq’s Kurds in 1991 and Syria’s Kurds today.

As we understood Turkey’s importance, we reached out to Turkey, even before the Gulf War began. Those friendly relations demonstrate that a Kurdish government, if it acts responsibly, does not threaten Turkey.

On the other hand, Turkey views the Democratic Union Party (PYD), an affiliate of Turkey’s Kurdistan Workers Party (PKK), as an enemy.

This was, however, not always the case. Until the summer of 2015, the PKK and Ankara were engaged in a peace process, which Masoud Barzani, president of the Kurdistan Region of Iraq, helped initiate. The peace talks ended following Turkey’s June 2015 elections.

Many people accuse Turkish President Recep Tayyip Erdogan of picking a fight with the PKK to rally Turkish nationalists behind him in the snap elections that followed. Indeed, Erdogan then won the absolute majority he had sought.

The conflict between Ankara and the PKK, however, has been disastrous for the Kurds: it has left the Kurdish region in ruins.

Undoubtedly, war is a monstrous wrong for all sides.

President Barzani has proposed renewing negotiations between Turkey and the PKK. Such talks would go far in easing tensions between Ankara and Syria’s Kurds as well.

There is another crucial difference between the PYD and us. Since the days of the legendary Mullah Mustafa Barzani, Iraqi Kurds have looked favorably toward the United States. We admired the US and its values, and in the quarter-century since Operation Provide Comfort, our faith in America has proven amply justified.

That is not the ideological perspective of the PYD and the PKK. Though the PYD claims to be democratic, it is imposing a one-party government in Rojava. Other Kurdish parties accuse it of authoritarianism, as it continues to arrest dissenters and shut down rival party headquarters.

It seems that the US, nonetheless, will continue to rely on the PYD’s military wing to defeat ISIS in Syria, and possibly in taking Raqqa. Washington, however, needs a political strategy to accompany its military strategy.

Washington has a better chance of defusing tensions among its allies if it places conditions on the PYD for its continued support: the PYD should be pressed to form an inclusive government with other Syrian Kurdish parties that it has, so far, ostracized.

It should also normalize relations with the Kurdistan Democratic Party (KDP) of Iraq and let the 5,000 Syrian Peshmerga fighters that it has trained return to Rojava and join the fight against ISIS.

The Kurdish experience in Iraq demonstrates what Kurds can achieve in cooperation with the international community and adhering to contemporary, liberal democratic norms. The PYD would be well advised to recognize this.

Additionally, the US and other global players would be more successful in reducing the unrest in the Middle East if they addressed the aspirations of the various ethnic and religious groups at the heart of the multiple conflicts in the region, and ended their support for oppressive regimes and extremist groups.